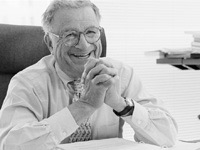 Bill Coblentz led the firm with humor, directness, and fairness for more than 50 years. By the force of his personality and his example, Bill put his enduring stamps on the culture of this firm that will continue into the future.

Bill was a wise counselor, a brilliant strategist, and a fearless teller of truth to those who needed to hear it, whether they wanted to or not. To us, he was the most important mentor that any attorney could hope to have, a man who demonstrated every day that one can (and, indeed, that one must) live and act in accordance with one’s principles, and that one can (and should) find joy and satisfaction in one’s work. Bill was one of the least self-important important people we have ever known. He had the ear, and the confidence, of governors, senators, mayors, captains of industry and finance, and “ordinary” people. He treated them all with the directness and humor that he considered to be everyone’s due.

If a client found Bill insufficiently deferential—and some did—Bill would be happy to see them seek their advice elsewhere. He understood that every client has the right to pay for the advice he wants to hear, as opposed to the advice he needs to hear. Bill was always available to offer the latter; he saw no point to giving the former.

Bill had an extraordinary career—in his public and civic life and in his firm—and he was an extraordinary human being. We are all indebted to him for creating a home in which we could grow and develop as professionals and as people. We consider ourselves immensely privileged to have been part of the Coblentz firm—Bill’s firm—and it will continue to be Bill’s firm for as long as those of us who had the honor of practicing with him are here. 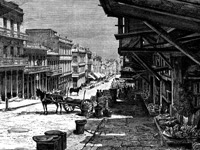 We can trace the firm’s roots from before the Great San Francisco Earthquake to 1890 when firm founder Jacob Samuels began practicing on the 17th Floor of 333 Montgomery Street. Samuels had made a name for himself at the University of California, Berkeley, and practiced on his own until 1905, when his brother, Oscar joined him in practice. 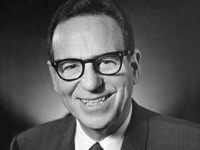 In 1931, the Samuels brothers welcomed another attorney to their offices, Tevis Jacobs, who brought to the firm a love of contemporary art. In July 1932, Jacob Samuels passed away, but working with Oscar Samuels, Jacobs built a strong reputation throughout the San Francisco community, and in 1947, the firm became known as Samuels & Jacobs. 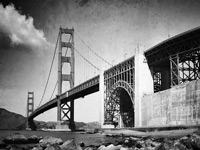 The first attorney to join Samuels & Jacobs after World War II was Robert “Bud” Sills, an army veteran, who came to the firm in 1946. Sills’ notable clients included Barret & Hilp builders, best known for constructing the Golden Gate Bridge, and Gerson Baker, a pioneer in the real estate industry. In 1955, the firm became known as Samuels, Jacobs & Sills. 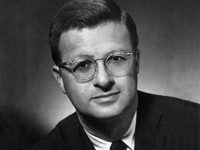 Sixty-five years after Jacob Samuels began his practice, lawyer Bill Coblentz arrived, and thus began a new era for the small firm. A leader in the firm and in the community, Coblentz set a tone for individual and firm-wide excellence, commitment to top-tier client and community service, and a deep regard for people. Coblentz came to the firm in 1954-55 after serving nearly a year with Edmund G. “Pat” Brown in the California Attorney General’s office.

In late 1958, the firm welcomed its sixth attorney, Donald M. Cahen, who had previously been a law clerk to the Hon. Earl Warren, U.S. Supreme Court.

Cahen had an active history of pro bono service with the American Civil Liberties Union, including writing opening briefs for Camara v. Municipal Court, which was argued and decided by the U.S. Supreme Court in 1957.

Cahen built upon the firm’s reputation in the real estate industry, representing Clement Chen & Associates and working on San Francisco’s Levi’s Plaza, Yerba Buena, and Mission Bay developments. Another of Cahen’s significant clients was the Cahill family, who are clients of our firm to this day. 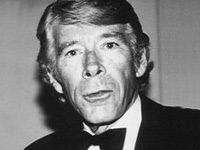 In the mid-1960s, the concert promoter Bill Graham came to see Coblentz and thus began a working relationship that spanned a decade and included real estate work on Fillmore Auditorium and Winterland. Through his association with Graham, Coblentz also provided counsel for some of the most popular bands of the day, including Jefferson Airplane and the Grateful Dead.

In 1964, Coblentz was appointed to the Board of Regents of the University of California by Governor Brown where he served until 1980.

The firm’s first litigator, William F. McCabe, came to the firm in 1968 after serving as a trial attorney in Mississippi for the civil rights division of the U.S. Department of Justice from 1964-1967.

McCabe brought a new level of litigation service and excellence to the firm, and continued the firm’s commitment to pro bono service. 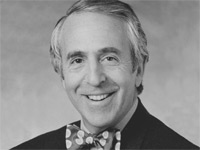 In 1970, McCabe served as co-counsel with Jerome Falk on a pro bono case fighting a suit to block school busing to end segregation in San Francisco.

In the early 1970s, Coblentz represented the Hearst Family during the Patty Hearst kidnapping crises. Other notable clients of the period included: The Getty Family; Jim Scheuer in his Marin City and Sacramento housing developments; Neiman Marcus in the planning procedure for the revisions of the City of Paris building; Herb Caen; and Art Hoppe.

In 1971, McCabe defended the California Rural Legal Assistance agency when Gov. Ronald Reagan sought to abolish the agency by vetoing its California funding. The agency’s funds were restored after a judicial panel found that CRLA had discharged its legal duty in a “highly competent, efficient and exemplary manner.”

Another litigator, Charles R. Breyer, came to the firm in 1974. Breyer worked as Assistant DA in San Francisco from 1967-1972. In 1973, he served as co-counsel in the prosecution of Nixon administration members John Ehrlichman, G. Gordon Liddy, and Charles Colson. Breyer also led the prosecution of the White House “burglars” who broke into the office of Daniel Ellsberg’s psychiatrist.

Breyer worked alongside McCabe in the litigation arena to build on the firm’s reputation, not only as a real estate firm but also as a go-to firm for high-stakes personal and business litigation and counsel. Breyer’s notable clients included Grace Slick and the estates of Elvis Presley and William Randolph Hearst, III. 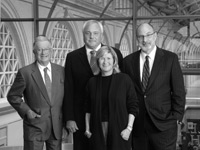 Starting in 1994, Richard Patch served as the firm’s managing partner and helped oversee unprecedented growth from a small office with a handful of attorneys to a robust firm of nearly 60 lawyers.

In 1997, Breyer was nominated by President Bill Clinton to the U.S. District Court, Northern District of California. A year later, the firm changed to its current name: Coblentz, Patch, Duffy & Bass LLP.

During this important time, the firm continued to focus on building core practices of commercial litigation and real estate, while also strengthening services in the corporate, estate planning, tax, and nonprofit areas. 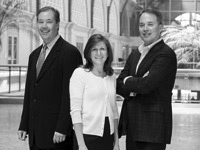 In 2003, Harry O’Brien began serving a five-year tenure as managing partner, then transitioned that role to Alan Gennis, Jeffrey Knowles, and Danna Kozerski.

Also that year, Coblentz attorneys represented Arthur Andersen LLP in a lengthy and highly publicized trial in Sacramento in a case brought by Al Davis and the Oakland Raiders alleging they were defrauded into relocating to Oakland from Los Angeles in 1995. After a five-month trial, the jury returned a 12-0 verdict in favor of Arthur Andersen.

The firm continued to be a dominant force in Bay Area real estate with representations including Mission Bay, The Gap Inc.’s headquarters, the San Francisco Giants’ ballpark, Westfield/San Francisco Centre, and the California Academy of Sciences. And in 2008, the firm acted as lead counsel to Tejon Ranch Co. in the negotiation of one of the largest conservation and land use deals in California history.

In 2009, the firm established the William K. Coblentz Civil Rights Endowment Fund at the University of California, Berkeley School of Law in honor of Bill Coblentz’s passion and commitment to racial and social justice and equality under the law. The Coblentz Fund provides resources for Berkeley Law’s faculty and students to engage in innovative, policy-relevant, multidisciplinary research in the areas of education equity or voting rights, and support for specific faculty-student research projects. 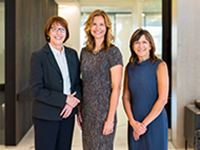 In 2010, the firm lost its senior partner Bill Coblentz, who had led the firm with humor, directness, and fairness for more than 50 years. We’re proud to continue his legacy as we evolve and grow.

During the 2010s, Coblentz was named to the National Law Journal’s Midsize Hotlist four times and was also recognized by Law 360 as a California Powerhouse firm. The National Law Journal made note of the firm’s “forward-thinking approach,” with a focus on diversity, community, and top talent.

Coblentz stands out as one of California’s full-service, midsize law firms because it focuses on the future, recognizing emerging practice groups, managing space and technology with greater efficiency, and placing a strong emphasis on pro bono work and Firm diversity.

The firm has continued to be a dominant force in real estate development in the Bay Area and throughout California, with representation including Uber Technologies, Inc., the San Francisco 49ers, and the Los Angeles Clippers. A full-service firm, other notable clients included DISH Network L.L.C., E. & J. Gallo Winery, Sony Music Entertainment, DraftKings, Inc., and the City of Oakland.

In 2016, Coblentz opened its Wine Country office, located on the Napa Riverfront, serving the needs of clients across the spectrum including wineries, the food and beverage industry, real estate development, hospitality/resort companies, and family wealth clients.

In 2017, the firm established the Coblentz Prize to support a full one-year fellowship with the American Civil Liberties Union of Northern California (ACLU-NC). The Coblentz Prize honors the legacy of Bill Coblentz by enabling one graduate of Berkeley Law to work in the Legal-Policy Department of the ACLU-NC responding to threats to civil liberties and civil rights and working specifically on some of the most pressing issues related to immigrants’ rights, Muslim communities, privacy, national security, and reproductive justice.

2020 was a year unlike any other, putting our firm and our country to the test. As a global pandemic unfolded, Coblentz quickly adapted to a work-from-home model. Our strong technology infrastructure and the dedication of our attorneys and staff to the highest levels of service resulted in seamless support for our clients.

On May 25, 2020, the firm and the world over were stunned by the death of George Floyd. National and global protests demanded racial justice and a reexamination of our country’s history and the experience of Black Americans. Read our Thoughts on Racial Justice here.

The 2020 Presidential Election resulted in unprecedented challenges to voting rights. Many of our attorneys partnered with the Lawyers’ Committee for Civil Rights of the San Francisco Bay Area (LCCR) and the National LCCR on poll monitoring and staffing regional voter hotlines.

Coblentz continues on as an independent, full-service, midsize law firm representing clients in California and across the country. After serving as co-Managing Partner for many years, Danna Kozerski stepped down as co-Managing Partner in 2022. Managing Partner Sara Finigan and Chief Operating Officer Maggie Callicrate manage the firm and provide steadfast leadership. We have grown to more than 100 attorneys, all of whom love what they do and continue our tradition of close and longstanding relationships with our clients and the community.