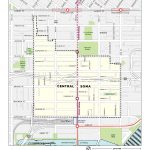 The Planning Department released the Central SoMa Plan on August 11, 2016, updating the framework for developing the 230-acre neighborhood.  The Plan focuses on increasing density in a transit-rich area while emphasizing economic, social, and environmental sustainability.

The full Plan is available here.

The Central SoMa Plan is the latest area plan developed by the Planning Department over the last twenty years.  The Plan includes major changes in land use designation and height and bulk districts, as reflected in the following new zoning maps: 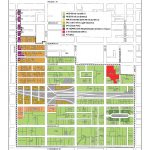 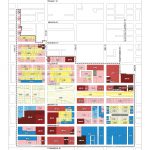 Key features of the Plan include:

Development fees in the Plan Area are based on tier system – the greater the increase in allowable development on a site, the higher the fees are.  Below Market Rate housing requirements in the plan area range from 16% for properties receiving the lowest level of up-zoning and constructing of new housing on-site, to 33% when such housing is provided off-site for properties receiving the highest levels of up-zoning.  A full listing of the proposed fees and Below Market Rate requirements can be found here.

The Plan’s Below Market Rate requirements are based on financial analysis completed before Proposition C was enacted earlier this year.  Proposition C generally sets the affordable housing levels for new projects at 25% for on-site and 33% for off-site, with such housing divided between low-income and middle-income households.  The levels set by Proposition C are subject to adjustment by the Board of Supervisors and the City Controller’s report, as discussed in more detail here.

This November’s ballot also includes a proposition that would require conditional use authorization to convert PDR space into another use all across the Central SoMa Plan Area, along with required replacement of converted PDR space.  The measure is Proposition X, titled “Preserving Space for Neighborhood Arts, Small Businesses and Community Services in Certain Neighborhoods”, and was proposed Supervisor Kim.  Passage of Proposition X would add new requirements that would need to be taken into account in a revised version of the Plan.

The draft Plan is open for public comment, with the goal of submitting a version to the Planning Commission in November of 2016.  A draft EIR for the Plan is expected to be released this fall, with the goal of completing the final EIR in early 2017.