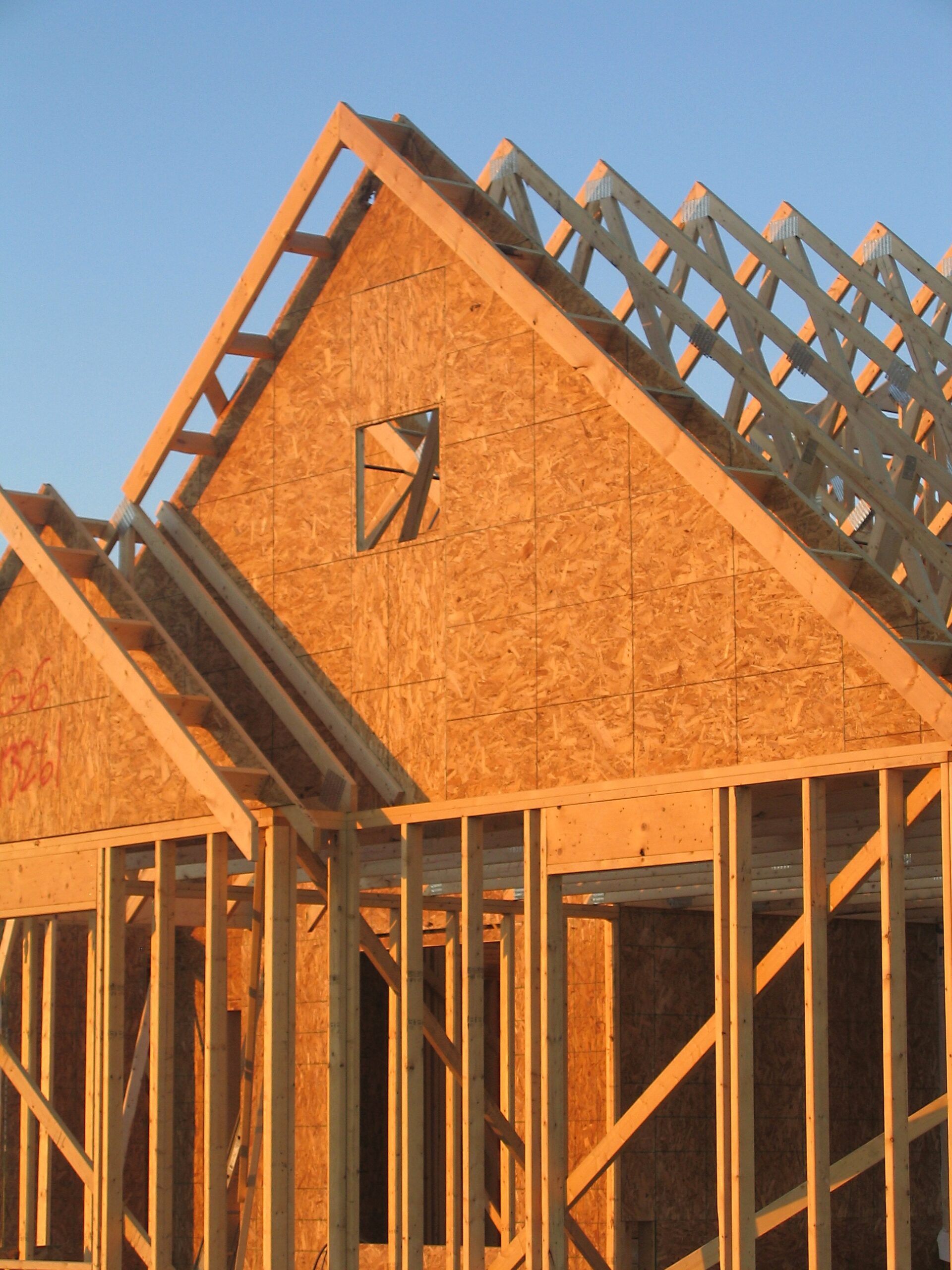 The Association of Bay Area Governments (ABAG) is finalizing its Regional Housing Needs Allocation Plan (RHNA Plan) for the sixth housing element cycle (2023-2031), which allocates a total of over 440,000 housing units across all Bay Area cities and counties, more than double the allocation from the prior 2015-2023 cycle. Notably, 27 Bay Area cities and counties have appealed to ABAG to reduce their draft RHNA allocations. ABAG has begun holding hearings for these appeals and will finalize RHNA allocations for each city and county in December. For housing developers, a jurisdiction’s high RHNA allocation may create more opportunities for project streamlining under SB 35, if that jurisdiction is unable to meet its RHNA obligations.

An Overview of the RHNA Process

Generally, the RHNA process is a coordinated effort between state, regional, and local governments to ensure that local planning efforts collectively address state-wide housing needs, in compliance with housing element law (Government Code section 65584, et seq.). First, the California Department of Housing and Community Development (HCD) consults with each regional council of governments or “COG” (ABAG, for the nine Bay Area counties) to determine each COG’s Regional Housing Needs Determination. This determination sets forth the total amount of housing that must be planned across the entire region to address four major affordability levels: very-low, low, moderate, and above-moderate income. Then, the COG allocates this total number of units among each of its constituent cities and counties through its RHNA Plan, which each city or county may appeal. Once the RHNA Plan is finalized, each city or county must actively plan to accommodate its RHNA allocation over the next eight years. Each jurisdiction is required to update its general plan housing element to identify an inventory of land suitable for residential development and, as a result, may need to amend its zoning ordinance to allow for higher-density housing development on an increased number of parcels. Each city and county must also annually report progress towards its RHNA allocation to HCD.

Implications of the Pending RHNA Plan

Though the RHNA process does not obligate a jurisdiction to construct actual units, falling short of the RHNA allocation has become increasingly tied to reductions in local control over land use decisions. For example, SB 35 streamlining, which limits a local government’s authority to deny a housing project that meets affordability and other requirements, only applies to jurisdictions that have failed to meet their RHNA allocations for lower income housing (households earning 80 percent or less of area median income) or above-moderate income housing (households earning over 120% of area median income). To qualify for SB 35 streamlining, a project in a jurisdiction that has failed to meet its lower income RHNA allocation must provide 50% of the project’s units for lower-income households. If a jurisdiction has failed to meet its RHNA allocations at the above-moderate income level, a project only needs to provide 10% of its units for lower-income households; in the nine-county Bay Area, a project could alternatively provide 20% of its units for moderate income households (those earning between 80 and 120% of area median income). Currently, most of the jurisdictions in the highest-cost regions of California are subject to the 50% affordability requirement, which has limited use of SB 35. The increased RHNA allocation across all income levels may cause many more projects, including those in the highest-cost regions, to become eligible for SB 35 at the lower 10% or 20% affordability level. Additionally, a city or county that fails to adequately plan for its RHNA allocations or otherwise violates housing element law may be subject to an enforcement action by the Attorney General’s Office, which, as clarified under Assembly Bill 215, has the authority to pursue enforcement actions against non-compliant jurisdictions. Conversely, cities or counties with compliant housing elements receive preferential consideration for certain state-administered incentive programs.

In 2020, HCD issued a Regional Housing Needs Determination that 441,176 total housing units would be needed across the nine Bay Area counties (see table below). This updated determination is a substantial increase from the 187,990 total housing units designated for the Bay Area during the prior RHNA cycle (2015-2023) and tracks with HCD’s state-wide efforts to increase housing production in major metropolitan areas. In May 2021, ABAG released its Draft Regional Housing Needs Allocation Plan (2023-2031) to establish a methodology and apportion this total across all Bay Area local governments. 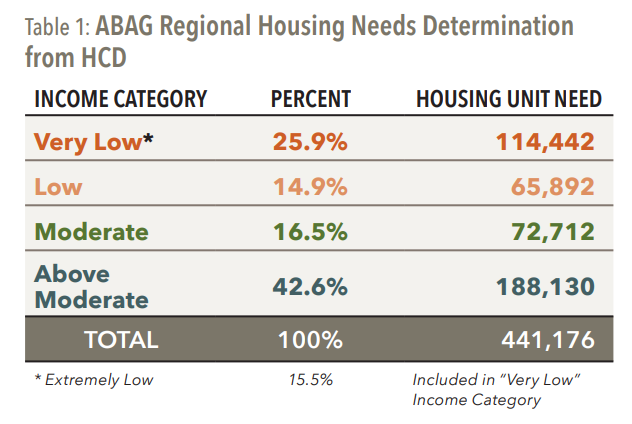 Local governments were allowed to appeal their housing allocations set forth in the Draft RHNA Plan until July 9, 2021, and the following 27 Bay Area governments have submitted appeals:

ABAG accepted written comments to these appeals from HCD and members of the public through August 30, 2021, and has begun conducting public hearings via Zoom to consider the appeals (starting September 24, and continuing through October 29). Following the hearings, ABAG will issue a final determination on each appeal, and if an appeal is successful, ABAG will redistribute RHNA allocations as appropriate. ABAG has already denied several of these appeals. In December, the ABAG Executive Board will conduct a public hearing to adopt the Final 2023-2031 RHNA Plan. Each local government must complete its housing element updates in accordance with these final allocations and submit its housing element to HCD by January 2023.

We will be monitoring the outcomes of the appeals process and will provide an update when ABAG adopts its Final 2023-2031 RHNA Plan. Please contact Dan Gershwin at dgershwin@coblentzlaw.com and Lisa Gluckstein at lgluckstein@coblentzlaw.com for additional information.