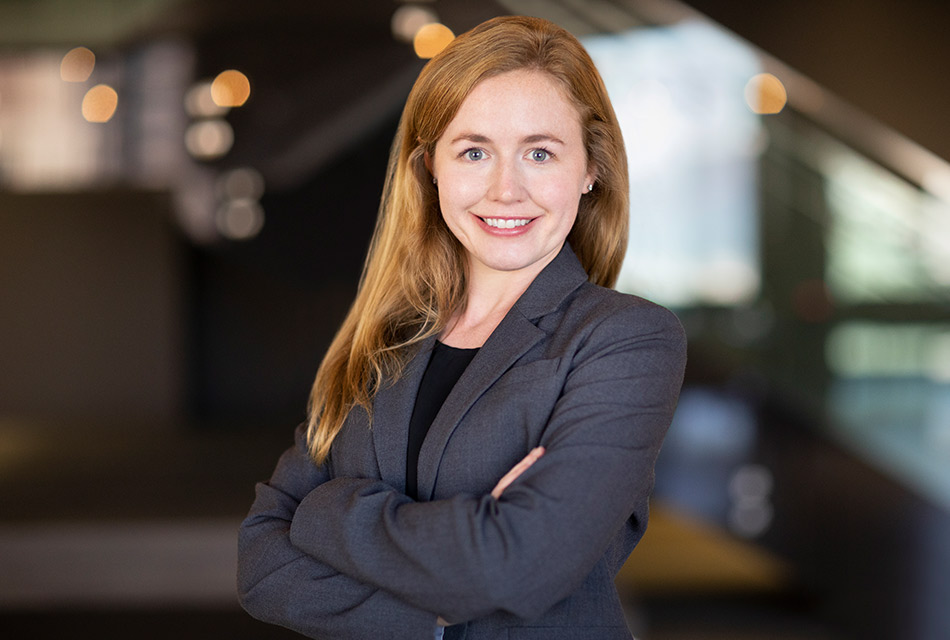 Sarah Peterson handles complex civil litigation and white collar criminal matters. In her civil practice, she represents business clients primarily in land use, securities, and contract cases.  She has experience trying cases in state and federal court.  She handles all stages of pretrial litigation, including depositions, motions practice, and discovery management.  In addition to her trial experience, Sarah has represented clients in appellate proceedings, including as counsel to amici curiae.

Sarah maintains an active pro bono practice. She has argued and won an appeal before the U.S. Court of Appeals for the Ninth Circuit in which she represented a pretrial detainee in an excessive-force case. She also represents a foreign national seeking cancellation of removal from the United States in an immigration matter that is pending before the Ninth Circuit.

Before joining Coblentz, Sarah clerked for the Honorable A. Wallace Tashima on the U.S. Court of Appeals for the Ninth Circuit and for the Honorable Maxine M. Chesney on the U.S. District Court for the Northern District of California.  She was also an associate at a boutique environmental and energy firm in San Francisco, where she handled litigation and regulatory matters.

Sarah is admitted to practice in the Northern District of California, and in the Ninth and Federal Circuits.