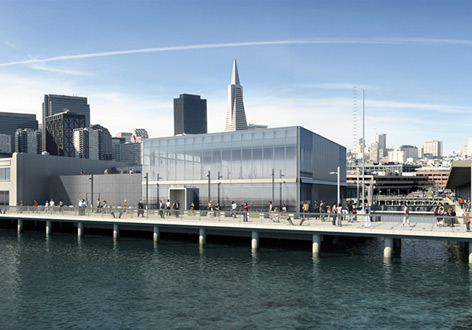 When the Exploratorium, an internationally renowned museum of science, art and human perception, decided to relocate to a nine-acre 330,000 square foot campus on the Embarcadero in San Francisco, they chose Coblentz as lead counsel on all aspects of the development, leasing, subleasing and financing of the project.

The challenges that the Coblentz team took on with this project were many: entitling the project on the San Francisco waterfront, which included the coordination of the environmental review; obtaining approvals of nine governmental agencies, negotiation of a 66-year ground lease and several related parking and easement rights; and structuring the project’s many layers of financing.

The project provides a historic rehabilitation of the dilapidated Piers 15-17, which are listed on the National Register of Historic Places as part of the San Francisco Embarcadero National Register Historic District. The final result was a unique, certified LEED Gold facility that draws more tourists to the area between the Ferry Building and Fisherman’s Wharf than ever before.

The firm also assisted the Exploratorium in its subleasing of Pier 17, which had been master leased by the Exploratorium from the San Francisco Port Authority for future expansion. In addition to the real estate work on this project, Coblentz was involved in the food service negotiations with acclaimed San Francisco chef Loretta Keller and partner Bon Appétit Management Company to create several restaurants at the new site that embrace and explain the science of cooking and serve seasonable and sustainable fare.

The entire project is notable for the extraordinary public-private collaboration on all aspects of the entitlements and transaction, but especially for the partnership on the financing—fundraising, grants, rent credits, historic tax credits, construction financing  and other complex financial arrangements that made this ambitious project feasible.

The Exploratorium attained global recognition in 2014, as one of only 13 projects world-wide to win an Urban Land Institute (ULI) Global Award of Excellence, the land use industry’s most prestigious recognition program. The new museum project was also selected as Finalist for “Best Private-Public” project in the San Francisco Business Times Real Estate Deals of the Year for 2011, and in 2012 was the Winner of “Best Rehab/Renovation.” The Daily Journal highlighted Pam Duffy and named the project a “Top Real Estate Development Deal” for 2011 and awarded Danna Kozerski a “Dealmaker of the Year” for her work on this and other high profile leases.