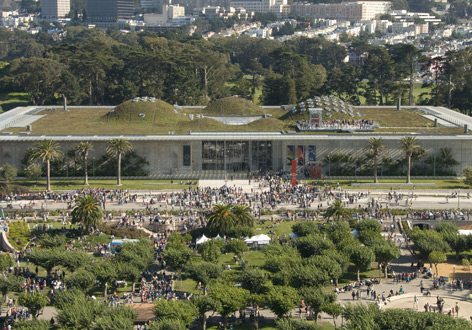 The real estate work we’ve done for the Academy involves the entitlement and development of the project, including preparation of the project EIR; obtaining approvals by the Recreation and Park Commission and the Board of Supervisors of the development of the new facility; and preparation of legislation providing for a modified public bidding process for portions of the construction paid by public funds. Negotiations were needed with the Mayor’s Office of Public Finance and the Budget Analyst related to the issuance of over $115 million in voter-approved general obligation bonds; and representation as the Academy’s counsel relating to two separate series of “conduit” bonds totaling $180 million issued by the California Infrastructure Development Bank. Our firm worked closely with the City Attorney’s office, the Recreation and Parks and Public Works Departments and various other City contracting offices on this unusual project, which involved many issues of first impression under the City’s Charter, land use and contracting regulations.

Since the Academy has been open, Coblentz also serves as outside human resources and labor counsel and provides representation in additional areas, including intellectual property and hospitality work with the on-site restaurants. Our on-going general intellectual property and licensing support and counseling to the Academy includes rights clearance; advertising and promotions legal counsel for the Academy’s award-winning planetarium shows, exhibits, research projects, and publications, audio and video productions, and weekly Nightlife music and social events; and for all Academy promotional and advertising activities. Our Tax and Exempt Organizations attorneys also play an integral role in our comprehensive representation of the Academy.

The California Academy of Sciences won the 2009 Urban Land Institute’s (ULI) Global Award for Excellence, widely known as the land use industry’s most prestigious recognition program.