Tim has extensive criminal and civil jury, bench, and arbitration trial experience, including several prominent white collar criminal trials, the longest civil trial (a securities fraud class action) in the history of the Northern District of California, and the then-largest arbitration award in the history of the International Chamber of Commerce. His clients have included companies, Boards of Directors and their committees, and individuals in a range of industries, including banking and financial services, audit and accounting, communications, life sciences, clean technology, and the Internet.

From 2003 to 2009, Tim served as an Assistant United States Attorney in the Securities Fraud Section of the United States Attorney’s Office for the Northern District of California, where he investigated, prosecuted, and tried white collar and securities fraud crimes, including complex accounting fraud, insider trading, market manipulation, investment fraud, and bankruptcy fraud cases. During his career with the Department of Justice, Tim was the lead trial lawyer on a number of high-profile securities and corporate fraud matters, including the nation’s first two stock option backdating trials; the trials of the Board Chairman, CFO, and General Counsel of a Fortune 50 company on charges of accounting fraud; the investment fraud trial of one of the largest real estate developers in northern California; a $100 million Ponzi scheme operated by the owner of a major sports franchise; insider trading investigations arising from the acquisition of a large financial institution and conduct at a major global private investment firm; and numerous investigations of companies and individuals based in Silicon Valley and beyond. He also argued several cases before the Ninth Circuit Court of Appeals. Tim was named Chief of the Securities Fraud Section in 2007. Prior to joining Coblentz, Tim was a partner at Latham & Watkins LLP.

A San Francisco native, Tim is actively involved in the Bay Area community. He is Chairman of the Board of Directors of the Okizu Foundation, past president of the St. Thomas More Society of San Francisco, and past director of the American Cancer Society, the Harvard Club of San Francisco, and the St. Ignatius College Preparatory Alumni Board. He is a member of the Northern District of California’s Criminal Justice Act Panel, and his pro bono activities have included work with the AIDS Legal Referral Panel, the Bar Association of San Francisco’s Volunteer Legal Services Program, and civil rights work on behalf of state prisoners. Tim regularly volunteers with the St. Anthony Foundation and the Ronald McDonald House.

Tim is ranked as a Leading Lawyer by Chambers USA in the California Litigation: White Collar Crime & Government Investigations category, is recognized by Benchmark Litigation as a Local Litigation Star in the White Collar Crime category, and is listed in The Best Lawyers in America in the Criminal Defense: White-Collar category. In 2008, Tim received a California Lawyer of the Year Award as the leading criminal lawyer in California. He is also a past recipient of the California Bar Association’s Wiley W. Manuel Award for Pro Bono Legal Services.

Tim regularly appears as a speaker, including on panels sponsored by the American Bar Association, the Practicing Law Institute, the CalCPA Education Foundation, the Center for Professional Education, and the Bar Association of San Francisco, and he is a frequent contributor to various legal publications, where some of his recent articles have addressed insider trading, wiretaps, whistleblowers, internal investigations, and the Foreign Corrupt Practices Act. Tim is also the Governance and Insider Trading Expert for emtrain, a leader in corporate compliance education and training.

Recent publications and speaking engagements include: 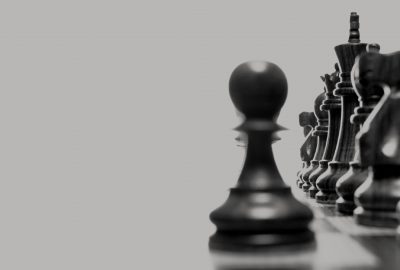