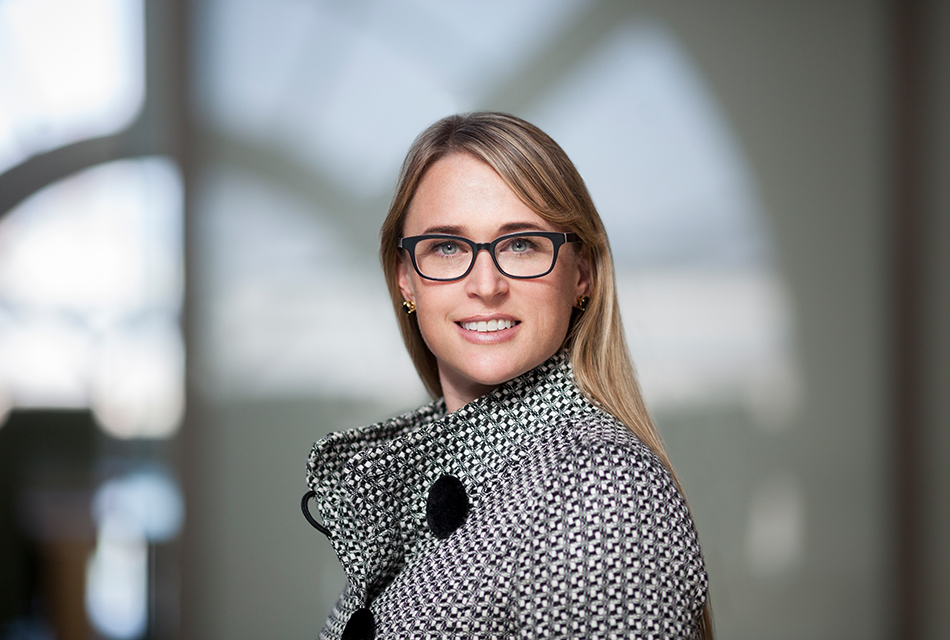 Caroline Guibert Chase practices real estate, development, and land use law, with an emphasis on representing real estate developers in the entitlement of residential, commercial and institutional development projects. Having worked as an urban planner for five years in the public and private sectors before attending law school, Caroline has a unique ability to understand and counsel clients on governmental planning processes including the rezoning of the Central SoMa, Transit Center District, Eastern Neighborhoods and Western SoMa plan areas in the City and County of San Francisco. Caroline also has significant experience with the California Environmental Quality Act (CEQA) and other state and local laws affecting the development of real property.

Caroline’s involvement and passion for her practice is also evident outside of the firm. Caroline is on the San Francisco Housing Action Coalition (SFHAC) Board, the San Francisco Planning and Urban Research Association (SPUR) Housing Policy Committee and the SPUR Land Use Planning and Rebuilding Task Force and co-authored SPUR’s publication On Solid Ground: How Good Land Use Planning Can Prepare the Bay Area For a Strong Disaster Recovery. As part of her involvement in the SFHAC Regulatory Committee, Caroline participated in the drafting of legislation to encourage the production of much-needed student housing in the City and County of San Francisco. Caroline is also an active member of the Urban Land Institute (ULI), a nonprofit education and research institute focused on land use issues.

Caroline is admitted to practice in California and North Carolina. She is a member of the California State Bar, the Bar Association of San Francisco, and the Urban Land Institute. She also serves on the SPUR Housing Policy Committee and the SFHAC Board. Caroline is also an accredited LEED® Green Associate.

University of San Francisco
Caroline advises USF on an ongoing basis regarding its Institutional Master Plan (IMP) and campus development projects, including USF’s Center for Science and Innovation project, a major new 60,000 square foot state-of-the-art science center in the heart of USF’s main campus. That project was named a 2013 San Francisco Business Times Real Estate Deal of the Year for “Best Community Impact.” Caroline also worked with USF on a 600-bed student housing project, which was unanimously approved by the San Francisco Planning Commission in 2018.

One Vassar
Caroline assisted One Vassar, LLC with the unanimous San Francisco Planning Commission approval of the One Vassar project in Central SoMa at Second and Harrison Streets, which was identified as one of eight Key Development Sites through the recent Central SoMa rezoning process. The project consists of three towers: office, hotel and residential, which will total about 1.5 million square feet. The project required multiple Planning Code exceptions from the Planning Commission via the Large Project Authorization (LPA) approval process; Conditional Use (CU) authorization from the Planning Commission for the proposed hotel use; and multiple variances and administrative waivers from the Zoning Administrator where exceptions were not otherwise available. Caroline also assisted with requested Planning Code amendments to make the project approval possible without the need for a separate Special Use District (SUD) or Development Agreement.

TMG Partners
Caroline worked with TMG Partners on the development of a multi-billion dollar portfolio of development projects in the San Francisco Bay Area, including the 155 Fifth Street and 208 Utah Street projects. The 155 Fifth Street project required significant upgrades to an existing building for the new campus for the University of the Pacific’s Dugoni School of Dentistry and was named the 2012 Real Estate Deals of the Year Winner of “Best Office Sale, San Francisco” by the San Francisco Business Times. The 208 Utah Street project required legally establishing approximately 60,000 square feet of existing office space in a zoning district where office uses are no longer permitted due to the Eastern Neighborhoods rezoning. This created a complex process involving a series of Zoning Administrator determinations and Planning Commission approval.

Forest City Development
Caroline worked with Forest City on land use and entitlements matters for the development of a mixed use project at 2175 Market Street consisting of approximately 88 residential dwelling units and ground floor retail space, most of which is proposed to be used as an innovative “market hall” featuring multiple local businesses in a shared space. The project required conditional use authorization from the Planning Commission, a series of variances from the Zoning Administrator, and a Costa-Hawkins Agreement for the on-site affordable rental housing component of the project.

Caroline also worked with Forest City and Hearst Corporation on land use and entitlements matters for the development of the “5M” project, which will be located on about four acres at the juncture of San Francisco’s Downtown, South of Market (SoMa), and Mid-Market neighborhoods. 5M is a 1.8 million square foot multi-phased mixed use development of low-, mid- and high-rise buildings housing commercial, residential, retail, and arts and cultural uses. 5M will create about 840 housing units (of which 40% will be affordable), and include significant new public open space and community capital investment, while restoring the historic San Francisco Chronicle buildings and preserving two other historic buildings, one of which will be dedicated for use as a cultural artistic community center. The project required multiple approvals, which were obtained in 2015.

Tenderloin Neighborhood Development Corporation (TNDC)
Caroline worked with TNDC on land use and entitlements matters for the development of an affordable housing development at 1036 Mission Street. The project required a series of variances from the Zoning Administrator and various Planning Commission approvals, including multiple Planning Code exceptions.

Caroline is a contributing author to the firm’s Unfamiliar Terrain blog, which provides insights into the complex Bay Area land use landscape. Her articles include: